Yes LOVERs it does seem fitting that the event of the summer was named in part after my new DO! @AFRO-PUNK it seemed liked every single person in attendance~ performers and audience alike~ possessed their own visible soul and together it made for a beautiful collective consciousness. Maybe it was the backstage-pass -all access -blah -titty- blah and the decision to use a camera for the first time in several years that created the peaceful exuberance for this MOTHER.

CLIC THRU MY AFRO-PUNK STYLE SLIDESHOW

and shoot the ARTISTs onstage unobstructed for the first 2 songs of their sets. It was actually dope seeing the fly ass black professional photographers and journalists at work and being one of them (ARTIST).

It worked out great for the Reggie Watts set. His re-verb set up malfunctioned but he never let it get him down ~he used the mishap to  put on a hell of a show. Feeling inspired by a small child I just went up to talk with him and got a photo with him…  I ran into him later at the Why-the hotel ~ it occured to me  that he would be a great meditation teacher. 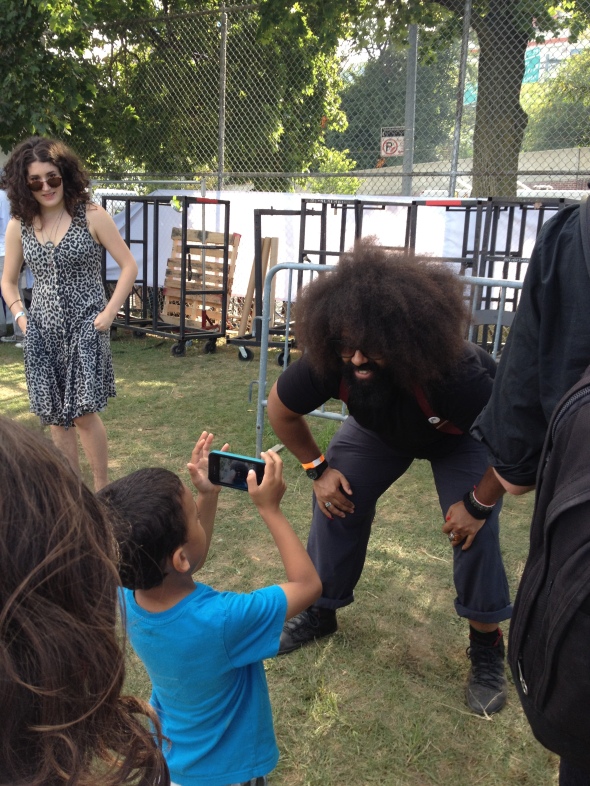 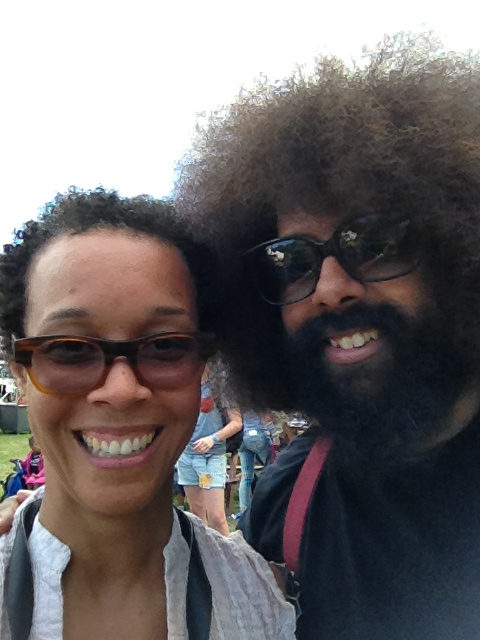 As the day wore on and we got higher and higher as true LOVERs and Afro-Punks we became more negligent in our duties as professionals. We were getting so excited because we are LOVERs and true TV on the Radio fans…

as the members of the band began to arrive the giddy~ness increased. Caught in the wave as though we were one of the ARTISTs. Backstage was a buzz, Jaleel was cruising around jamming on his bass etc (I didnt get a photo but Rbt did) and then suddenly over the PA we heard the announcer say ” ladies and gentleman TV on the Radio” and they walked up onto the stage… Uh~ we remained momentarily stranded at the picnic table where we were left gawking ~ opened mouthed, still crossed legged, and  stunned. Jumping up to take our planned position~ too late, naturally the photographer’s pit was jammed ~blocked and guarded by a handsome stern member of the nation of Islam. I found a spot on the extreme side of Kyp, on a riser, behind a fan… 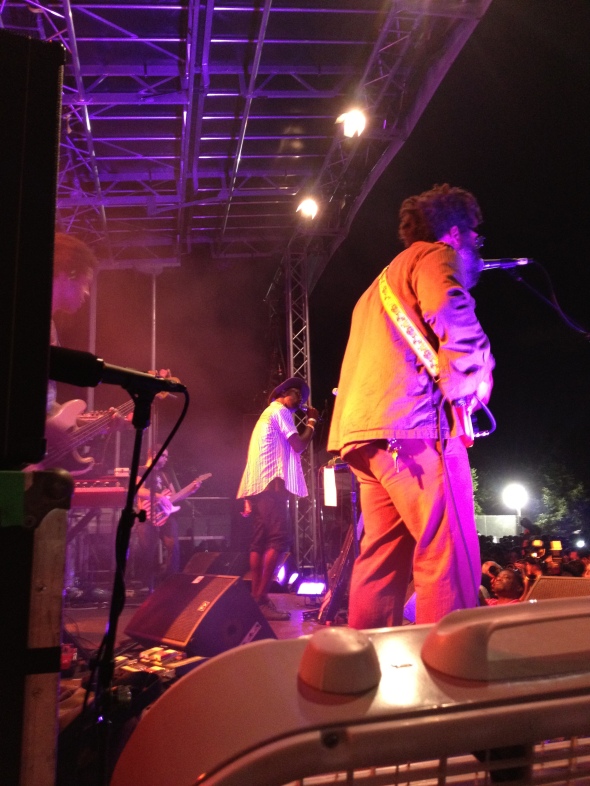 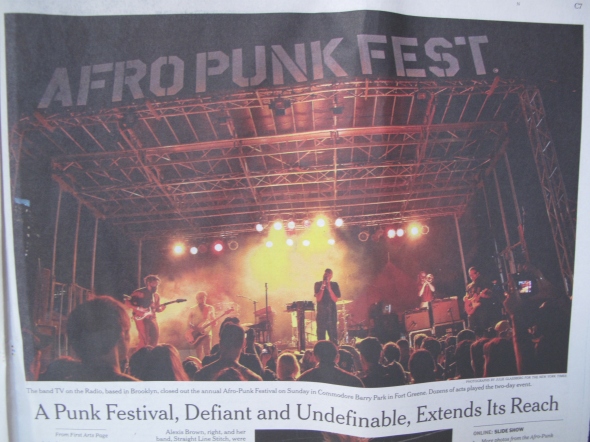 26 Aug This entry was published on August 26, 2012 at 2:07 PM and is filed under ARTIST, LOVER. Bookmark the permalink. Follow any comments here with the RSS feed for this post.

Older: New York City will have to be Maui
Newer: eight = infinity